Soon after 1870 a few hardy individuals namely Alexander Baker, Joseph Baker, Henry Metcalf, David Reedy, Thomas McKinstry, Don Campbell and possibly others ventured into the county when it was a vast wilderness. Most of them came via Lake of the Woods and up the Rainy River or over Indian trails. Being impressed with the country, these sturdy pioneers squatted on lands along the river, built log cabins and began to clear land for gardening, hay and small grains. They hunted and trapped, possibly for the Hudson Bay Company.

"Chippewa Lands"
Land in the county must have been surveyed at different intervals from 1880 until 1901 when the task was probably completed. In checking over the records in the county recorder's office, it was learned that Alexander Baker was issued his homestead certificate numbered 5423 in 1884, Joseph Baker in 1893. Henry Metcalf had filed on his claim in 1894 and Charles Watrous in 1899. After more Indian Lands had been ceded to the United States, by treaty, Napoleon Mercure, who resided between Loman and Indus, was issued Homestead Certificate Number 1 in 1904 which was signed by President T. Roosevelt. His homestead certificate had a notation "Chippewa Lands" on it.
All of the land in the county, except that which was reserved as Indian Lands, was probably opened to homesteading in 1902 as that is when more settlers began to arrive to seek their fortunes in the North Country. Some came by steamboat from Kenora, across Lake of the Woods and up the Rainy, Big Fork and Little Fork Rivers. 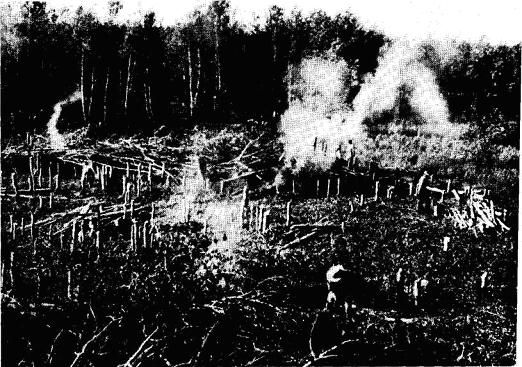 Others came by the way of Tower, across Lake Vermilion by boat, then portaged 23 miles to Crane Lake, across that lake by boat, a 3-mile portage to Namakan Lake, from there by boat to Kettle Falls and after a short portage to Rainy Lake, west to Rainy River by boat. During the winter the trip from Tower was made by dog sled. A few arrived by the way of Grand Rapids or Bemidji. At first, the people who used those routes hiked over miles of forest trails which crossed a number of streams and bogs. During the hot summer months they were pestered by flies and mosquitoes. As the M & I Railroad was extended north from Bemidji, travel over that route steadily increased.
Early Conditions
Living conditions for the homesteader and his family were primitive. There were trails through the woods, no schools or churches. The first task was to cut trees to clear a space for the house and other buildings which were built of logs. Next a small plot was cleared for a garden. Stumps were grubbed and the ground prepared for planting. To clear more land, timber was felled, cut into logs and sold to the logging companies or lumber mills. Income from the sale of timber was used to provide for the necessities of life. Gradually more land was tilled, small grain and hay raised for the livestock, roads were built and schools established. The homesteader had found a place to plant his roots. 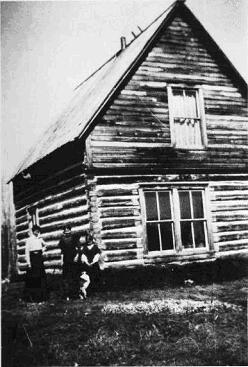 With the completion of the Minnesota and International Railroad to International Falls in 1907 and the Duluth, Rainy Lake and Winnipeg to Ranier that same year, more homesteaders as well as others flocked to the county. Some were adventurers, others were interested in starting a business or establishing themselves in their chosen profession. Most homesteaders were attracted by stories of huge stands of virgin timber waiting to be logged and tales of rich soil that was ideal for agriculture. The first settlers were not too concerned about being isolated as they believed that all of the land would soon be homesteaded, logged and developed into productive farms. The settlers were told that the swamp and peat lands would soon be ditched, could easily be cleared and the soil would be excellent for farming. When they realized that the drainage of the swamps did little to make that property suitable for agriculture, the settlers looked for better farm land or sought employment possibly in the county. As a result of their leaving, there were a number of small, stranded settlements whose residents needed roads, schools and other services that were expensive for local governmental units to furnish.

The Federal Resettlement Program, the County Zoning Ordinance and the need for labor in defense industries during World War II prompted many of those settlers to leave. The homesteader who had settled on good farm lands in areas where there were improved roads, good schools and fairly close to villages or community centers, remained.